The study called “Climate Paths 2.0” was presented back in October last year. The economic program for climate and the future includes 21 proposals on how Germany can achieve its climate protection targets by 2045. 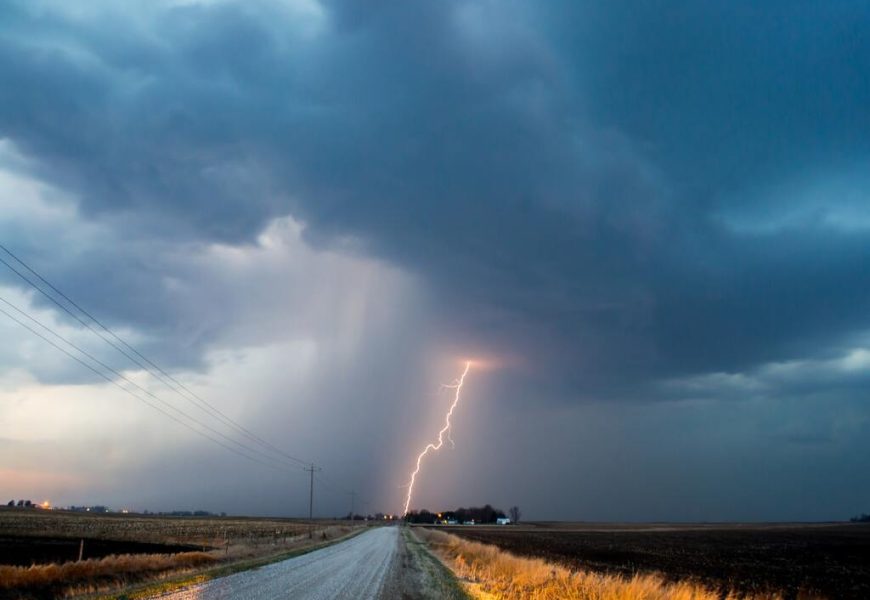 When it comes to climate protection, Germany is facing an enormous feat and, at the same time, a historic opportunity: In order to achieve the climate protection targets by 2045, additional investments in the trillions are required, and investments of around 860 billion euros are already needed for the milestone target by 2030. This is the result of the joint study “Climate Paths 2.0” by the Federation of German Industries (BDI) and the strategy consultancy Boston Consulting Group (BCG). The cooperation partners thus present a detailed feasibility study on how the ambitious climate protection targets of a reduction in greenhouse gases of minus 65 percent by 2030 and greenhouse gas neutrality in 2045 can be achieved at the national level in the four sectors of industry, transport, buildings and the energy industry.

“Germany is facing the biggest transformation in the history of the Federal Republic. The goal of greenhouse gas neutrality by 2045 is extremely ambitious. Implementing the necessary climate protection measures will require additional investments of around 100 billion euros per year by 2030 alone,” said BDI President Siegfried Russwurm at the presentation of the study in Berlin on Thursday. “We are running out of time; fundamental political decisions to implement the climate targets are overdue. Germany needs a major departure now with a historic and rapid economic program for the future of the location.”

BCG analyses show: For the upcoming federal government, it is a matter of changing course and quickly setting impulses for an investment turbo – in particular for a massive expansion and new construction of electricity, hydrogen and charging infrastructures, for the generation of renewable electricity and heat, for electromobility and rail networks. The focus here is not exclusively on monetary aspects, but also on rapid implementation, for example through significantly streamlined planning and approval procedures. At the same time, on the road to greenhouse gas neutrality in 2045, the course must be set for new international energy partnerships for the import of green energy sources, as well as for significant CO2 sinks.

“Simple answers fall short in view of the complex transformation task,” said Patrick Herhold, BCG partner in charge and co-author of the study. “Germany needs a broad mix of instruments with overarching and sector-specific measures as soon as possible in order to rapidly build infrastructure, make fossil fuels more expensive, renewable technologies more affordable and the costs bearable for citizens and companies. Only in this way can the transformation to a climate-neutral country succeed.”

“The challenge, the pressure to act and the risks are immense. The current climate policy is not sufficient in any sector,” warned BDI President Russwurm. Such a comprehensive transformation of our economy needs central strategic control in government, he said. “Climate protection must become a matter for the boss,” Russwurm demanded. The study specifies a total of 21 key policy instruments for implementing the necessary climate protection measures, as well as further proposals to ensure that the complex process of change can proceed without social and economic disruptions.

“Global climate protection would not be served if the competitiveness of German and European industry fell by the wayside,” the BDI president emphasized. “If we want to become a global role model for the fact that climate protection and prosperity are compatible, we have to prove in everyday life that we succeed and how.” In doing so, national and European plans should be consistent.

The study shows that government support for the transformation and compensation for particularly burdened private households and companies will take up to 280 billion euros net by 2030 – after deducting revenues from a higher CO2 price. “The financial scale of the transformation is historic, but not without precedent. Measured in terms of Germany’s gross domestic product, for example, the necessary government spending on climate protection is just under half that of the reconstruction of the East,” said Jens Burchardt, BCG climate expert and co-author of the study.

The scope, speed and duration, as well as the fair distribution of the costs and burdens of climate transformation require broad and lasting legitimacy among the population. “To achieve Germany’s goals, many changes must happen in the extremely short term. Germany is currently neither regulatory nor socially prepared for the enormous speed of transformation that now lies ahead,” Herhold said. “Despite all the efforts, a successfully implemented climate transformation is a historic opportunity to renew our national economy, infrastructure and industrial base – and thus the basis for our prosperity in the 21st century.”

In industry, investments of around 50 billion euros will already be required by 2030 for the partial conversion of central production processes (steel, chemicals, cement and lime) that will be possible by then. In modernizing their production capacities, energy-intensive companies face the extreme challenge of having to finance significantly higher operating costs for low-CO2 production processes and CO2-free energy sources in the medium term. At the same time, electricity demand in industry will increase by 63 terawatt hours in 2030 due to the electrification of industrial heating processes. This is more than Switzerland’s current electricity demand per year. This trend will intensify by 2045.

“Policymakers must support companies on the path to greenhouse gas neutrality with various measures that make renewable energies and their use significantly cheaper than they are today,” said the BDI president. These included relieving electricity prices for industrial heat processes from surcharges and taxes, and for energy-intensive companies, maintaining existing relief rules and ensuring internationally competitive energy costs, including through targeted operating cost support for CO2-free energy sources.

Transport ahead of massive ramp-up of electromobility

Despite this extensive electrification of new vehicles and the expansion of rail transport, there will still be more than 30 million passenger cars with combustion engines on the road in 2030. Meeting the emissions target will therefore also require incentives for the use of electricity-based fuels and biofuels across the transport sector.

Buildings must be renovated more quickly

For the building sector, achieving climate protection targets requires a 46 percent reduction in CO2 emissions by 2030 compared to 2019. This will require an unprecedented increase in the energy refurbishment rate to 1.9 percent (from around 1.1 percent today) and, wherever possible, the replacement of oil and gas heating systems with locally emission-free solutions such as heat pumps, district heating or neighborhood solutions in reinvestments. Implementing these measures will require annual funding of up to €17 billion by 2030, far more than doubling the annual funding currently provided under the Federal Support for Efficient Buildings (BEG) program.

In order to provide the necessary clarity for building owners and to use subsidies efficiently, an obligation to provide self-information must be introduced with sufficient lead time. By 2028 at the latest, an individual renovation roadmap should have to be drawn up for each building. In parallel, the skilled trades must be able to build up the capacities required for this feat on the basis of reliable framework conditions. This would enable all buildings to become greenhouse gas neutral step by step, in a targeted and cost-efficient manner.

Half of all investments in the energy sector

BCG analyzes: Serving more than 40 percent higher electricity demand in 2030 requires doubling the EEG expansion path of wind and photovoltaics, an expansion offensive of electricity grids, and making consumption more flexible. Together with the decarbonization of district heating, the measures for the energy sector require a total investment of 415 billion euros by 2030, which is just under half of the total climate protection investments required in this period. “We need a revolution in planning and approval procedures and an area quota that makes municipalities responsible for providing land for renewable energy,” said BCG climate expert Burchardt.

Furthermore, to meet emissions targets, coal-fired power generation must be phased out much earlier – by 2030 in the study’s target path. In bringing forward development in this way, policymakers should ensure that social compatibility and structural development are maintained. To maintain security of supply, a doubling of gas-fired power plant capacity is necessary. “The Combined Heat and Power Act alone will not be sufficient for the needed ‘hydrogen-ready’ power plants. The addition of new secured capacity is only conceivable through the remuneration of capacity provision,” says Herhold.

Huge demand for hydrogen and electricity-based fuels despite electrification

Germany will reduce its energy dependence on foreign countries through the extensive electrification of road transport, buildings and industrial heating. Nevertheless, imports of about 433 terawatt hours of green hydrogen and electricity-based fuels will be needed by 2045 for applications that are difficult to decarbonize, such as in steel, chemicals and aviation – about half the value of today’s fossil imports in euros. In order to import about 50 terawatt hours of electricity-based fuels as early as 2030 and to connect Germany to an international hydrogen network after 2030, new global energy partnerships need to be established as early as this decade.

The study “Climate Paths 2.0” identifies the technical and political ways in which Germany, as an industrialized country, can achieve its national sector targets for 2030. It describes the most cost-effective measures in economic terms according to the current state of knowledge. More than 150 experts from BDI, BCG and around 80 companies and industry associations were involved from March to October 2021. The Climate Paths 2.0 show steady, consistent paths toward greenhouse gas neutrality even beyond 2030. They dispense with symbolic switch-off dates or placative technology bans and are intended to help avoid expensive and inefficient immediate measures. Ingraining sustainability in the next era of ESG investing

New opportunities are emerging for investment managers to adapt as investor preferences evolve. 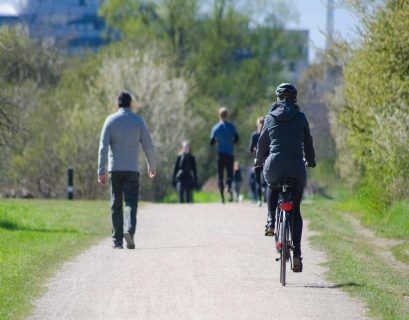 “Cycling for a better climate” is the motto of the 21-day campaign in which all Frankfurt residents can take part and save many tonnes of CO2 together. 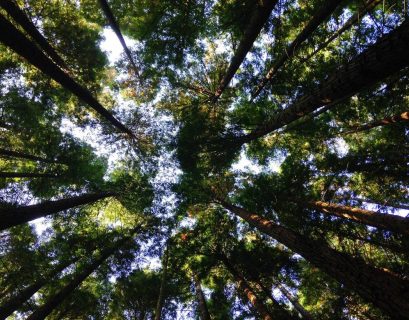 The report shows how Bloomberg mobilizes the markets to fight climate change and its company-wide efforts to boost climate action. 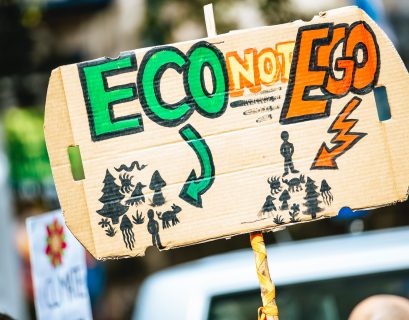 Private Equity Firms Can Be Catalysts in Fighting Climate Change; Here Is How

A new whitepaper, “Creating Value Through Sustainability in Private Markets,” released by the World Economic Forum in collaboration with Boston Consulting Group (BCG), identifies key steps that the private equity industry can take to drive change.