Despite the crises: students are optimistic

The Corona pandemic is still not over, while the next crisis with global repercussions is already raging. Nevertheless, the majority of students are optimistic about their professional future. 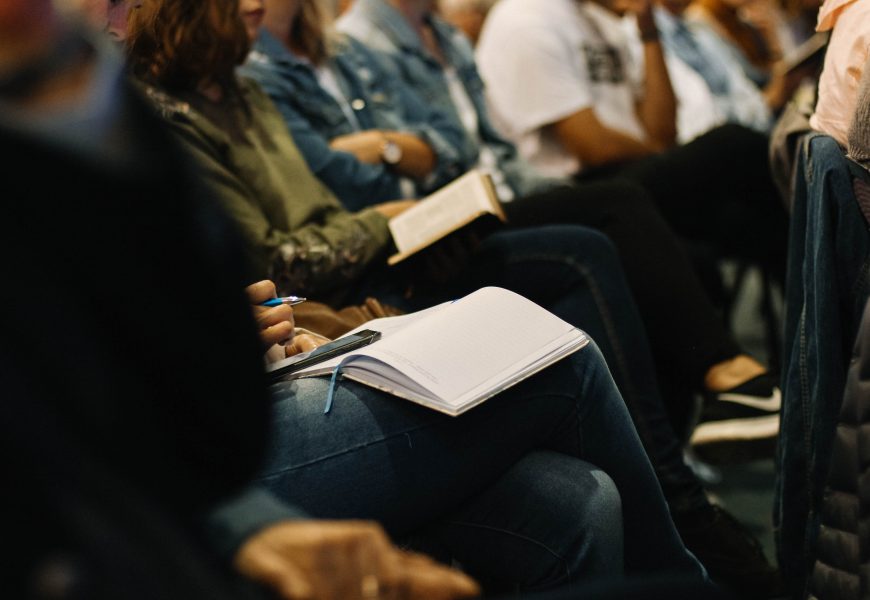 The majority of students in Germany expect to find a suitable job quickly after graduation. In each case, 44 percent of those surveyed say that they believe this to be the case, or that they tend to believe this to be the case. Only slightly more than one in ten (twelve per cent), on the other hand, fear that they will not find a job that meets their expectations and matches the qualifications they have learned.

Within the past twelve months, the prospects of finding a job have either improved significantly (14 percent) or at least somewhat (32 percent) for almost half of the respondents. 40 percent say they have remained the same. Only 14 percent of the students said that the prospects had worsened in their eyes.

So all is well from the students’ point of view? Not quite. Currently, only just under one in five (19 per cent) is very satisfied with their personal situation. Among female students, the figure is slightly lower at 17 per cent than among male students at 21 per cent. In 2018 – before the pandemic – one in three students was still completely satisfied. At the same time, the proportion of students who were dissatisfied with their personal situation increased – from 12 percent in 2018 to 21 percent in 2020. This year, it is just as high. Female students said this more often (20 percent) than their male fellow students (16 percent).

These are the results of a survey by the auditing and consulting firm EY. More than 2,000 female and male students were surveyed for the study.

“The satisfaction of many students with their lives has suffered from the pandemic. It has obviously levelled off at a level that is noticeably lower than before the pandemic. At least optimism with regard to the labour market has apparently not suffered under the increasing mood of crisis. Because on the labour market, the opportunities for qualified and motivated career starters are actually better than they have been for a long time – and that in almost every sector.”,

says Jan-Rainer Hinz, Member of the Executive Board, Head of Human Resources and Labour Director at EY.

Medical students most optimistic – and with the highest salary aspirations

The most optimistic are the prospective medical graduates: almost two-thirds (64 percent) say they will find a job quickly after graduation. More than half (53 percent) of engineering and computer science students are optimistic. On the other hand, prospective cultural studies (25 percent), humanities (28 percent) and natural sciences (29 percent) students are much less optimistic when it comes to starting their careers. In all disciplines, however, the proportion of those who say that their career prospects have improved within the past twelve months predominates.

It is also the future doctors who expect the highest average salary after starting their careers, at 54,200 euros. It is 20,000 euros less for humanities graduates, who expect the lowest starting salary. The median expected starting salary for all students is 43,600 euros – that is 5,700 euros more than in the last survey (2018) before the Corona pandemic. In 2020, the figure of 40,500 euros was 3,100 euros less than this year. West and East continue to be clearly apart: the average in the West is 44,500 euros, in the eastern federal states it is almost 7000 euros less with 37,800 euros. There are also clear differences between women and men. Female students, for example, expect an average starting salary of 41,800 euros, while their male fellow students expect an average of 3,600 euros more per year.

Hinz: “The students are about to enter a labour market that is in part desperately looking for skilled workers and therefore reckon they have good chances of starting a career. They know their value and raise their expectations accordingly. They are also aware of the consequences if inflation continues for a longer period of time. But it is also clear that salary is only one point that students look for in their future employer. Other factors are also gaining in importance.

While the future salary continues to play a major role for students – for 53 percent, salary is one of the five most important factors when choosing an employer – the job security factor is losing importance (52 percent compared to 67 percent in 2020). The compatibility of private and professional life is different: Two years ago, 39 percent of respondents named work-life balance as one of the five most important factors; this year it is 51 percent. However, the latter is especially important to female students: 63 percent of the women surveyed stated this, compared to only 39 percent of the men. “These shifts clearly show: students perceive very clearly that the job market is increasingly turning in their favour,” says Hinz.

A balanced relationship between private life and work is important to students – and private things have priority: family (68 percent), friends and social environment (62 percent) and leisure time and sports (45 percent) are clearly more important to the respondents than career advancement (33 percent) or a high standard of living (32 percent). For men, career is more important than for women: 36 percent of male students said success in their job was important, compared to 29 percent of female respondents.

In order to start their dream job right after graduation, students rely on internships and work experience (91 percent), contacts (80 percent) and good grades (72 percent). Volunteer work (48 percent) and experience abroad (49 percent) are considered important career criteria by just under one in two respondents.

The most important issues for students continue to be environmental protection (85 percent, down 2 points compared to 2020) and human rights (89 percent, down 4 points). However, the topics of international crises and wars (87 percent, plus 9 points) and resource scarcity (84 percent, plus 16 points) experienced a particularly strong increase in importance. Hinz: “Students are in a decisive, but also difficult phase of emancipation. For many, the step into higher education means breaking away from the parental home, examining one’s own values and, in connection with this, also breaking away from the old through new ideas. All this happens in the university, which is usually perceived as a protected place. At the same time, outside this safe space, there are global events, conflicts and problems whose solution is not easy – and in a number and sequence that we thought impossible years ago: Coping with the consequences of climate change, dealing with the Corona pandemic or the world and value order with free trade, democracy and diplomacy, which suddenly no longer exists so clearly due to the Ukraine war, occupies students enormously. Our current survey shows, however, that the majority of students are facing this so-called ‘quarter-life crisis’ more and more consciously and with optimism”.