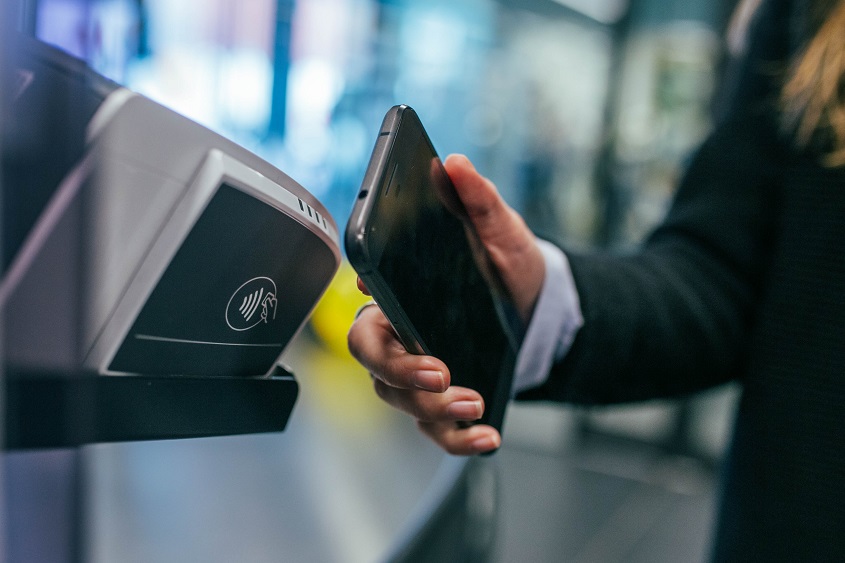 Not least given the ongoing rise of bitcoin and other cryptocurrencies, there is some debate over whether the ECB should introduce a digital euro in the coming years. This would involve electronic currency held directly in accounts at the ECB and would present an alternative to other forms of payment, in particular cash. How such a digital euro should be designed is an entirely open question. That goes for its issuance, its characteristics (programmable or not) and its technical infrastructure (blockchain/distributed ledger or not).

A survey conducted by the CFS among professionals and managers in the German financial industry reveals a mixed picture. Approximately 51% of the respondents believe that the ECB should introduce a digital euro. But as many as 42% of the participants take an opposing view.

Opinions on the design of a digital euro, in particular the question of its “programmability”, differ widely. While around 42% of the respondents believe that the digital euro should be programmable, some 35% of the participants state that they are not able to judge this matter.

“The survey shows that many market participants have not yet formed clear opinions on whether a digital euro is needed and how it should be designed. Should the ECB launch such a venture, it would be very important to actively involve the financial industry in the project,” explains Professor Brühl from the Center for Financial Studies.

There is fairly clear feedback from market participants about the risks to the banks’ business model if customers were allowed to hold deposits directly with the ECB (possibly up to a certain limit). Around 74% of the respondents rate the risk for banks as moderate (43%) or even high (31%).

“Depending on the design, a digital euro could have an impact on the refinancing structure of banks. This is an important factor that the ECB must take into account,” says Volker Brühl.

Another point of discussion concerning the introduction of a digital euro relates to the effectiveness of monetary policy measures. A clear majority (57%) do not believe that their effectiveness will be diminished by a digital euro; only around 25% see this as a possibility.

It is also interesting to ask whether the current hype surrounding cryptocurrencies such as bitcoin might fade due to the introduction of a digital euro. Of those surveyed, 50% do not expect this to happen compared to around one-third who do.

“Europe has a lot of catching up to do in terms of digitalisation. The digital euro can become an accelerator in the catch-up process,” explains Hubertus Väth, Managing Director of Frankfurt Main Finance.

“A digital euro would not be subject to the high fluctuations of a cryptocurrency and is therefore more calculable for companies and consumers.”

The results are based on a quarterly management survey in the German financial sector.

The Center for Financial Studies (CFS) conducts independent and internationally-oriented research in important areas of Financial and Monetary Economics, ranging from Monetary Policy and Financial Stability, Household Finance and Retail Banking to Corporate Finance and Financial Markets. The CFS is also a contributor to policy debates and policy analyses, building upon relevant findings in its research areas. In providing a platform for research and policy advice, the CFS relies on its international network among academics, the financial industry and central banks in Europe and beyond. 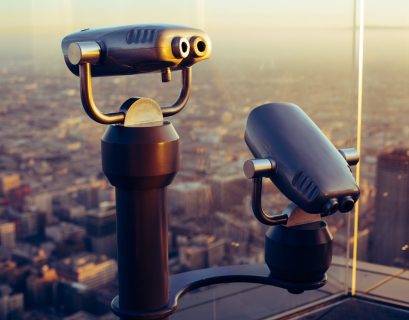 The Center for Financial Studies (CFS) conducts a quarterly management survey in the German financial sector.... 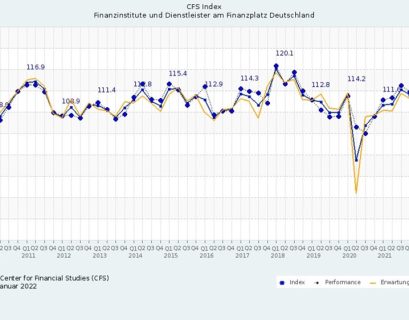 CFS Index rises and is clearly above last year’s level

In spite of a pandemic that has now been ongoing for two years, the mood in the financial sector has developed positively over the past... 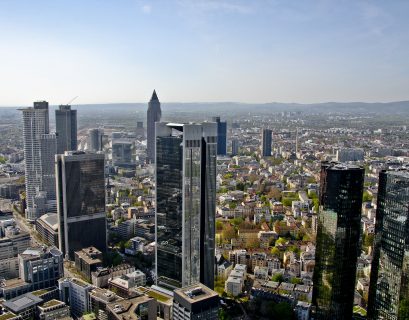 German financial sector does not believe that inflation rates will normalise in the short term – calls to abandon expansive monetary... 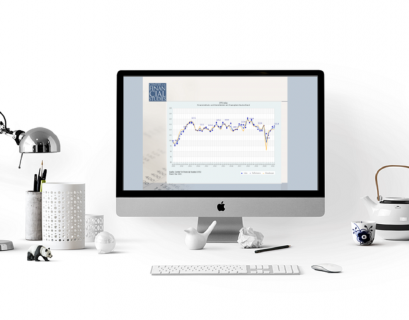