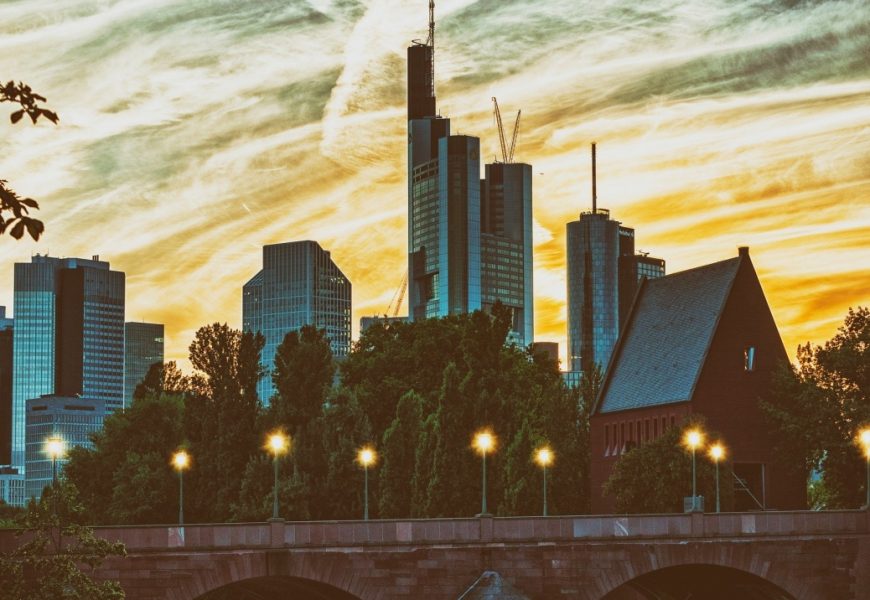 Politicians rely on an efficient financial sector for their economic protection programmes. Under KfW’s leadership, the entire breadth of the development banking system and the financial centre’s infrastructure has been deployed.

“Waste not, want not.” This proverb characterised the budgetary policy of the federal and state governments. Internationally, the “black zero,” the surplus in the budgets of the federal and state governments, has long been a hot topic. Now, however, it is precisely this room for manoeuvring that allowed politicians to get the “Protective Shield against Coronavirus in Germany,” likely in excess of 500 billion euros, up-and-running in quick order without triggering negative capital market reactions.

The largest aid package since the Second World War includes short-time work benefits, the deferral of social security contributions, tax-privileged one-time payments to employees, and a large number of aid and credit programmes for the self-employed, as well as small, medium- and large companies. The interest rates vary slightly, depending mainly on the exemption from liability for the lender.

Germany as a pioneer

Governments at the federal and state level have acted quickly, correctly and courageously. In doing so, they have relied on the financial centre’s efficient infrastructure, which has been successfully proven for decades. The state, development banks and local banks are well coordinated to quickly and efficiently process and disburse loans.

Borrowers apply for a loan from their local bank, which checks eligibility and creditworthiness, while a development bank provides the funds. Depending on the programme, the local bank can be exempt from liability up to 100%, while the development bank can refinance itself on the market with favourable terms because it has a state guarantee either explicitly or implicitly through the legally established institutional liability and guarantor liability. Moreover, due to the urgency of the situation, new programmes are usually not developed, but rather expanded and easier access to existing ones has been facilitated.

With KfW Bankengruppe and Landwirtschaftliche Rentenbank, Germany has two federally owned development banks. In addition, the federal states also have their own investment and promotional banks. For many years, KfW carried its corporate objective in its name, as it was founded in 1948 as the Kreditanstalt für Wiederaufbau as part of the Marshall Plan. After the Second World War, comparable institutions existed only in France, Italy, the Netherlands and Poland. It was not until 1989, first in the countries of Central and Eastern Europe, then increasingly in other EU countries from 2008 onwards, that comparable concepts were implemented and corresponding banks were established. Today, KfW is one of the world’s leading development banks in the world, with a AAA rating from the three most important rating agencies.

With the loan programmes, the government mandates the German banking system to provide corporate customers with financial “medicine” for “acute care” and later “rehabilitation” based on its in-depth knowledge and experience

The corona pandemic shows how valuable a healthy finance sector can be for the real economy during a crisis. However, even the financial industry is not immune to the risks of drastic measures. Therefore, prudent principles must continue to apply to banks as well.

Against this backdrop, it is understandable when politicians and supervisors urge banks to waive bonuses and dividend payments due from 2019, at least if the banks do not receive the distributions as a capital gain. Although the banks have significantly increased their equity capital, the further course of the crisis is by no means clear enough to allow a sufficiently robust risk assessment to be made today.

BaFin and the Bundesbank have already taken far-reaching preventative measures together at the European level with the European Central Bank and the financial supervisory authorities. As BaFin President Felix Hufeld summarized, “The existing regulatory framework grants us a high degree of supervisory flexibility, of which we will fully utilise. We will relieve the burden on banks where this is possible without compromising financial stability.”

When visiting BaFin’s website on Corona, one gains an impression of the range of measures being taken. These relate to banking, insurance and securities markets, and range from waiving the planned countercyclical capital buffer, the treatment of problem loans, the postponement of Basel III standards by one year to the shortfall in pension funds and reporting obligations under the Market Abuse Regulation.

Drawing lessons from the pandemic

Just like the financial crisis in 2008, the corona pandemic in 2020 should be a point for reorientation. It should be clear that Germany, as the world’s fourth-largest economy, must have an efficient financial sector to overcome crises.

In addition to the development banks and local banks, capital markets also play an important role, as this is where the programmes are financed. In this respect, the Financial Centre Frankfurt is outstandingly positioned in Europe. Gradually, institutional investors should also be included in financing the new start, because they can leverage and thus strengthen existing programmes. The role of international financial institutions should not be underestimated either. Here, Frankfurt has scored points in recent years by bringing more than 30 international financial institutions to the Main with their new EU headquarters. These institutions can now see that their choice of location was the right one because here, challenges were solved pragmatically.

Regulation is now being put to the test as well. There is no doubt that many components will demonstrably contribute to stability. Other rules will require review in the light of the crisis, especially where complexity is unfavourable in relation to the desired outcome.

It is certainly clear that digitalisation will receive an enormous boost. It will be irreversible. Simplification and de-bureaucratization of existing regulations will ease digitalisation efforts. The criteria should be adjusted by all parties involved. Our perfectionism, which is so valued worldwide, should be pragmatically adjusted in the light of the crisis. After all, we now are experiencing how, with a little flexibility, the challenges of the lock-down can be mastered in a way that was not imaginable just a few weeks ago.

What efforts the corona pandemic will still demand of politicians, the populace and the economy cannot yet be seriously predicted. At this point, whether it is a “black swan” event or, as the author of the book of the same name, Nassim Taleb, claims – simply an expected shock, is more of an academic question. We can only hope that the medical and pharmaceutical sector will quickly find a vaccine and/or an effective therapeutic treatment for the coronavirus and that those responsible can agree on economic and public health measures to better guard against future pandemics. Hopefully, we will not waste the lessons of our current emergency and be forced to relearn them in the next.