The Hessian Ministry of Science and the Arts celebrates the cinema! The award ceremony will take place within the framework of film screenings in three cinemas. 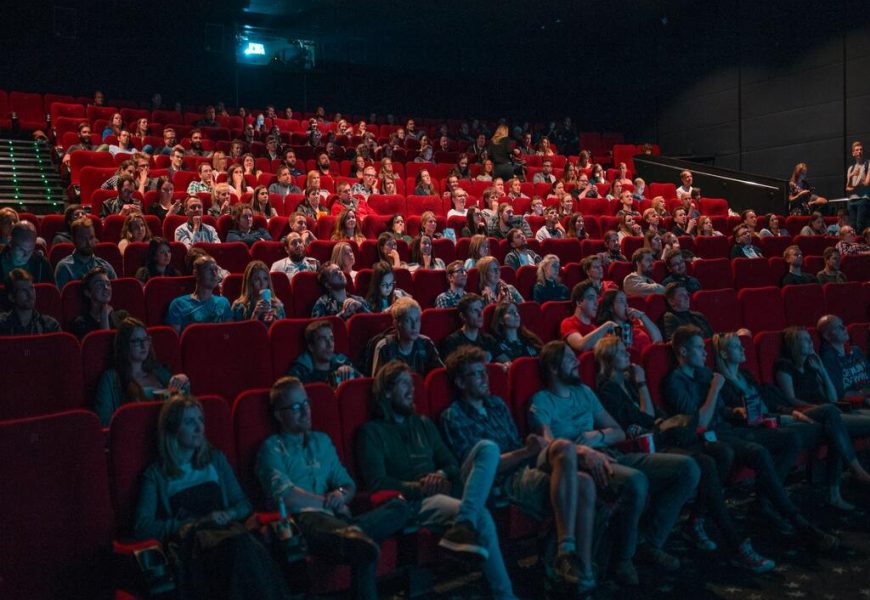 At the 33rd Hessian Film and Cinema Award, the Newcomer Award goes to the film distributor jip film und verleih GbR. The names of the nominees in other categories and the cinema prize winners have also been announced. The Hessischer Rundfunk will award its prize this time in a category for the best acting performance. It goes to Lea Drinda, the leading actress in the ZDFneo series “Becoming Charlie”. The awards will be presented at the end of November at three events in cinemas in Bad Nauheim, Kassel and Frankfurt, where the respective award-winning films will also be shown. There will be no formal gala this year in view of the fact that the cinema and film industry has been hit by the Corona and energy crises. The saved costs will additionally benefit the cinema award winners.

Cinema instead of glamorous gala

“We are not celebrating a glamorous gala in the current situation, which continues to pose great challenges to the film, cinema and event industry, but we are going where film belongs: to the cinema,” explains Arts and Culture Minister Angela Dorn. “We have already supported the Hessian film, cinema and festival industry with all our might during the pandemic, and I am confident that we will also succeed in coping together with the energy crisis and the increased costs. At the same time, we have resolved to further develop HessenFilm und Medien into one of the most progressive film funding organisations in Germany and have already taken important steps towards this goal. The new funding guidelines, which have been in effect since the beginning of the year, emphasise artistic daring, the promotion of young talent and professionals, diversity, social and ecological sustainability, networking and transparent structures. We focus on the international orientation of Hessen as a production location and keep a firm eye on strengthening our Hessian filmmakers, cinemas and festivals. We want Hessen’s films to be shown beyond the state’s borders, to find their audience and to make a name for themselves artistically. The Film and Cinema Prize is a good opportunity to draw attention to what Hessen’s filmmakers are achieving.”

The Newcomer Award, worth 7,500 euros and decided by the Minister of Arts and Culture, goes to jip film & verleih. Julia Irene Peters and Jutta Feit pooled their many years of experience in various functions in the film industry in 2017 and founded the film distribution company. Distributors own the rights for the exploitation of films, whose presentation in cinemas they organise and support through advertising and public relations. Peters and Feit do this in close cooperation with directors, producers and cinema operators. “jip focuses on political and socially critical topics and brings big and small stories to the cinemas that want to be told,” says Minister Dorn, explaining her decision. “I also want to draw attention to the important role that a courageous distributor plays for the quality of the cinema programme. Julia Peters and Jutta Feit have already proven their good instinct for excellent films several times: ,The Other Side Of The River’ by Antonia Kilian belongs to their catalogue, winner of the Hessian Film Award in the category Documentary 2021 and this year Best Documentary at the German Film Awards, as does the Kosovar feature film ,Hive’, which was released in cinemas across Germany a few weeks ago and was even shortlisted for the Foreign Oscar earlier this year.”

Hessischer Rundfunk awards the prize for best acting performance. The non-endowed prize goes to Lea Drinda for the leading role in the ZDFneo series (“neoriginal”) “Becoming Charlie”: “In ‘Becoming Charlie’, Lea Drinda causes astonishment from the very first minute, because in her play she forges her very own path, does not fit into any (of the otherwise not entirely left out) templates in this mini-series,” explains Cécile Schortmann, who is responsible for the prize at Hessischer Rundfunk. “How her Charlie, who grew up in precarious Offenbach conditions, meanders between different identities and opposes her biological sex, then also frees herself from it internally, is impressive. Lea Drinda takes the heaviness out of the coming out story of a non-binary person by giving her character a certain self-distance and irony. More of it!”

The Film Awards jury has decided on the following nominations:

The scheduled prize money in both categories totals 150,000 euros. It will be increased by the costs saved compared to the originally planned gala. An honorary prize of the Minister President will not be awarded this year.

Free tickets will be given out by the cinemas on each occasion, as long as there are enough seats. Nominated and award-winning films will also be shown again in Hessian cinemas beyond the three evenings. 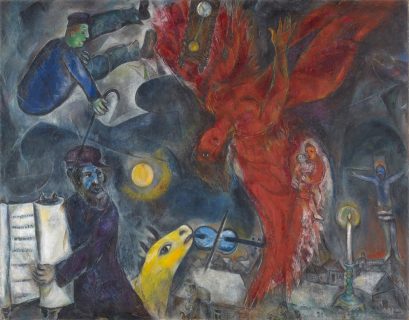 The Schirn Kunsthalle Frankfurt illuminates Marc Chagall’s work of the 1930s and 1940s in a major exhibition.