From Darmstadt: Monitoring sustainability from space

With EUMETSAT, one of the world’s most important organisations for precise data on weather, climate and sustainability is based in the Rhine-Main region. Frankfurt Main Finance spoke with EUMETSAT Chief Scientist Paolo M. Ruti in Darmstadt about the performance and quality of satellite data. 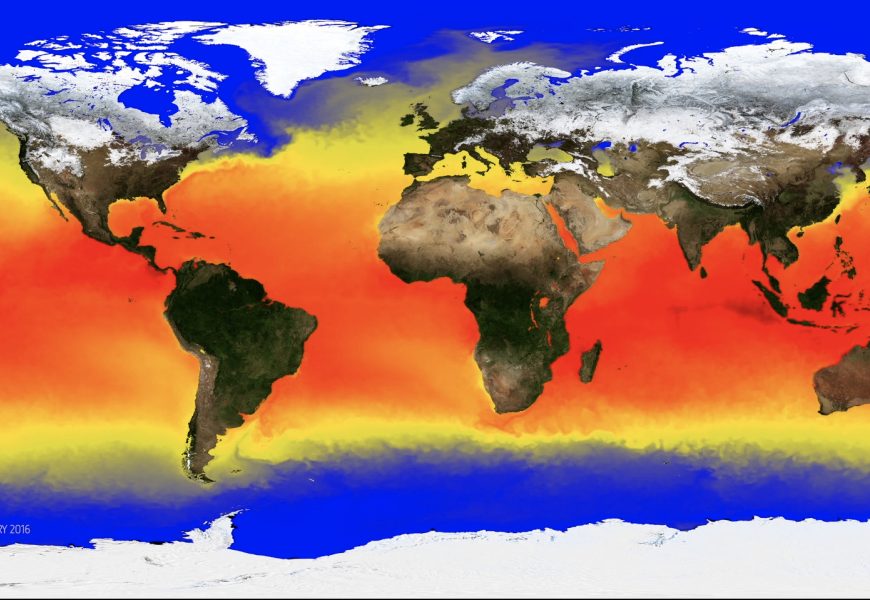 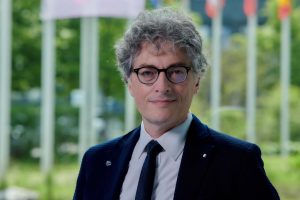 At Kavalleriesand in Darmstadt, full-size models of satellites shine against the blue sky and reflect the spring sun. On their outer skin, a multitude of rather inconspicuous but complex instruments can be seen – radio and altimeters, infrared and microwave probes as well as laser reflectors and parabolic antennas that transmit and receive signals with incredible precision over thousands of kilometres

The neighbouring campus is home to the headquarters of EUMETSAT – the European Organisation for the Exploitation of Meteorological Satellites. Around 1 100 employees from more than 30 nations are responsible for the development of future satellite generations, for the ongoing operation of more than ten satellites in space, and for receiving, processing and forwarding the data to the respective users. One result of this work can be seen in the entrance hall: A three-metre-high monitor wall offers a view of the globe almost in real time.

Weather data and forecasts around the clock

The satellites take pictures, send microwaves and other signals to Earth, which are reflected and picked up again by the satellite. “From the changes between the transmitted and reflected signals, EUMETSAT uses its own models to calculate precise information on, for example, water and air temperatures, humidity, clouds and wind, or sea heights and ocean waves,” explains Paolo Ruti.

The geostationary Meteosat weather satellites at an altitude of 36 000 kilometres monitor every point in Europe in relation to areas of less than 1 000 metres at intervals of 2.5 minutes each, and every point in Africa at 15-minute intervals. In addition, polar-orbiting satellites at an altitude of 400 to 800 kilometres circle the Earth several times a day in a fixed orbit.

At six-hour intervals, EUMETSAT calculates weather forecasts for the next ten days and makes them available to users such as national weather services like the German Weather Service in Offenbach. In this way, storms that sometimes form within a few hours can be identified promptly and warnings published.

EUMETSAT, founded in 1986, has time series on the climate spanning several decades due to its many years of weather observation. On 21 March of this year, EUMETSAT was able to publish that the ice surface in the Arctic had reached its largest extent this year with 14.93 million square kilometres – one and a half times the area of Europe. In the 1980s, this area covered more than 16 million square kilometres, according to EUMETSAT data, a worrying decline of 2.5% per decade for climate scientists.

Climate data are already used today for a wide variety of purposes: for example, for the construction of dams and dykes, for decisions on infrastructure projects, for the energy industry prior to investments in renewable energies or in agriculture. The Copernicus Sentinel-6 space mission, launched in November 2020, is specifically focused on sea level rise and further climate studies.

Chief Scientist Paolo Ruti explains that EUMETSAT climate data is the backbone for climate analysis and development trends. These climate data are shared with international initiatives and policies, such as the Paris Agreements and the UN Sustainable Development Goals.

With Sentinel-4 and Sentinel-5, which will be part of the next generation of Meteosat satellites from 2024, EUMETSAT is taking another big step towards sustainability. These instruments will measure greenhouse gases and thus monitor air quality, from which additional predictions on the future development of these gases can be derived.

EUMETSAT expects a development path similar to that already seen in weather research in the middle of the 20th century: initially, data were determined by ground-based systems, such as weather stations or weather balloons – just as greenhouse gas emissions are still determined today. With the use of weather satellites, the quality and quantity of data improved fundamentally from the 1970s onwards – the computer models also became more accurate, faster and delivered targeted forecasts.

“With Sentinel-4 and Sentinel-5, countries can directly monitor compliance with the 2015 Paris Climate Agreement. At the same time, these data provide important guidance to industrial companies with regard to their greenhouse gas emissions and thus their own business activities,” explains Paolo Ruti. He also recommends that the financial industry should consider the new possibilities for monitoring sustainability targets and use them for their investment decisions.

A sensible investment in satellite technology

“Europe is in a global leadership role in the field of satellite technology compared to America or Asia,” notes the Chief Scientist. Nevertheless, EUMETSAT cooperates closely with the European Space Agency (ESA), the National Oceanic and Atmospheric Administration of the USA (NOAA), the space agencies of France (CNES) and the USA (NASA) and authorities in China, India, Japan, Canada and Korea. 30 European countries are direct members of EUMETSAT. “The atmosphere and the weather know no national borders,” says Ruti.

However, planning and operating satellites requires patience. “Today, we are implementing the ideas and requirements that those in charge formulated in the early 2000s. Namely, we do not orientate ourselves on the respective technical possibilities, but confront the space industry with our ideas and wishes.” The current plans at EUMETSAT therefore extend beyond the year 2040. Paolo M. Ruti thus sees it as his task as Chief Scientist – in a double sense – to “explore the horizon”. 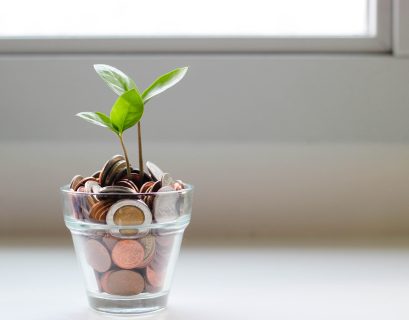 Frankfurt Main Finance member Infront has published a new whitepaper "Focus on ESG transparency: The investment process of the future is... 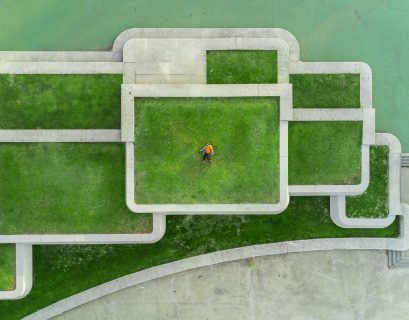 From September 16 to 17th, 2021, the IMPACT FESTIVAL will take place on the Freden-hagen grounds in Offenbach. ... 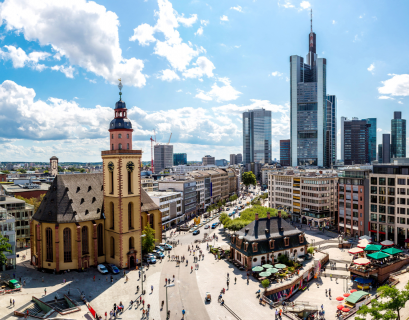 Lending to a climate neutral Germany 2045

Banks are jointly developing methods in Germany's - Net Zero Banking Alliance - through loan portfolios in the financial centre of...