In the land of the open distant

A little more than 100 kilometers northeast of the Rhine-Main region stretches the Rhön Mountains. The center of the low mountain range has been a UNESCO biosphere reserve for around 30 years and is also a star park now. Attractive for hikers, cyclists and motor-cyclists, gliders and paragliders, as well as stargazers. 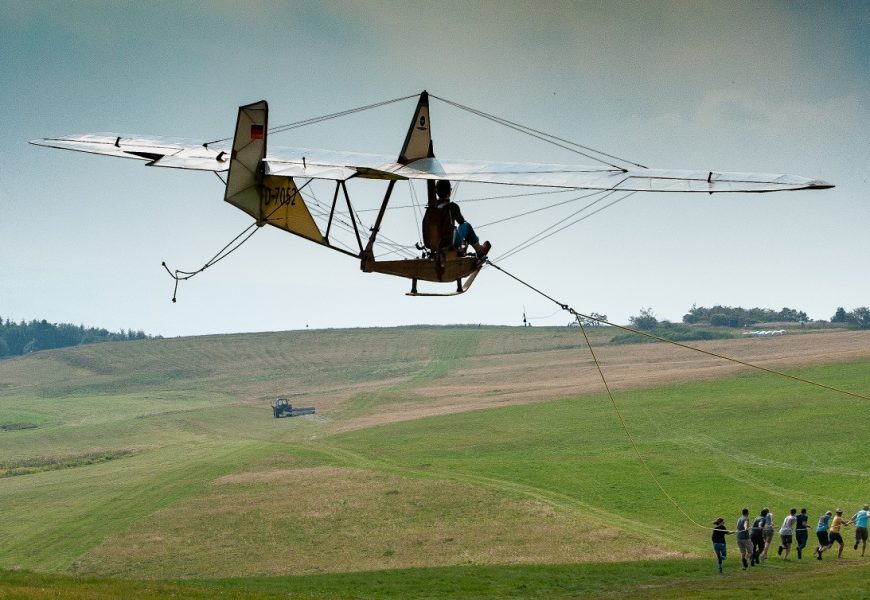 Hardly any other German low mountain range has such a variety of habitats, of cultural and natural landscapes as the Rhön: a multitude of mountains in the midst of a hilly landscape, beech forests with primeval giant trees and mossy trunks, basalt seas and basalt columns as remnants of its volcanic past, moors fed by rich precipitation, and last but not least vast mountain and mowing meadows, to which the Rhön owes its character as the “land of open distances”.

The Rhön changes its face in the course of the seasons: In spring, flower meadows shine with their blaze of color. In summer, willowherbs create a pink change to the greenery. In autumn, colorful foliage and often fog create a mystical atmosphere. In cold winters the Hochrhön is covered with snow.

Symbols of the region are the silver thistle, which thrives on barren soils, and the Rhön sheep with a black slender head, which moves light-footedly even through rough terrain. 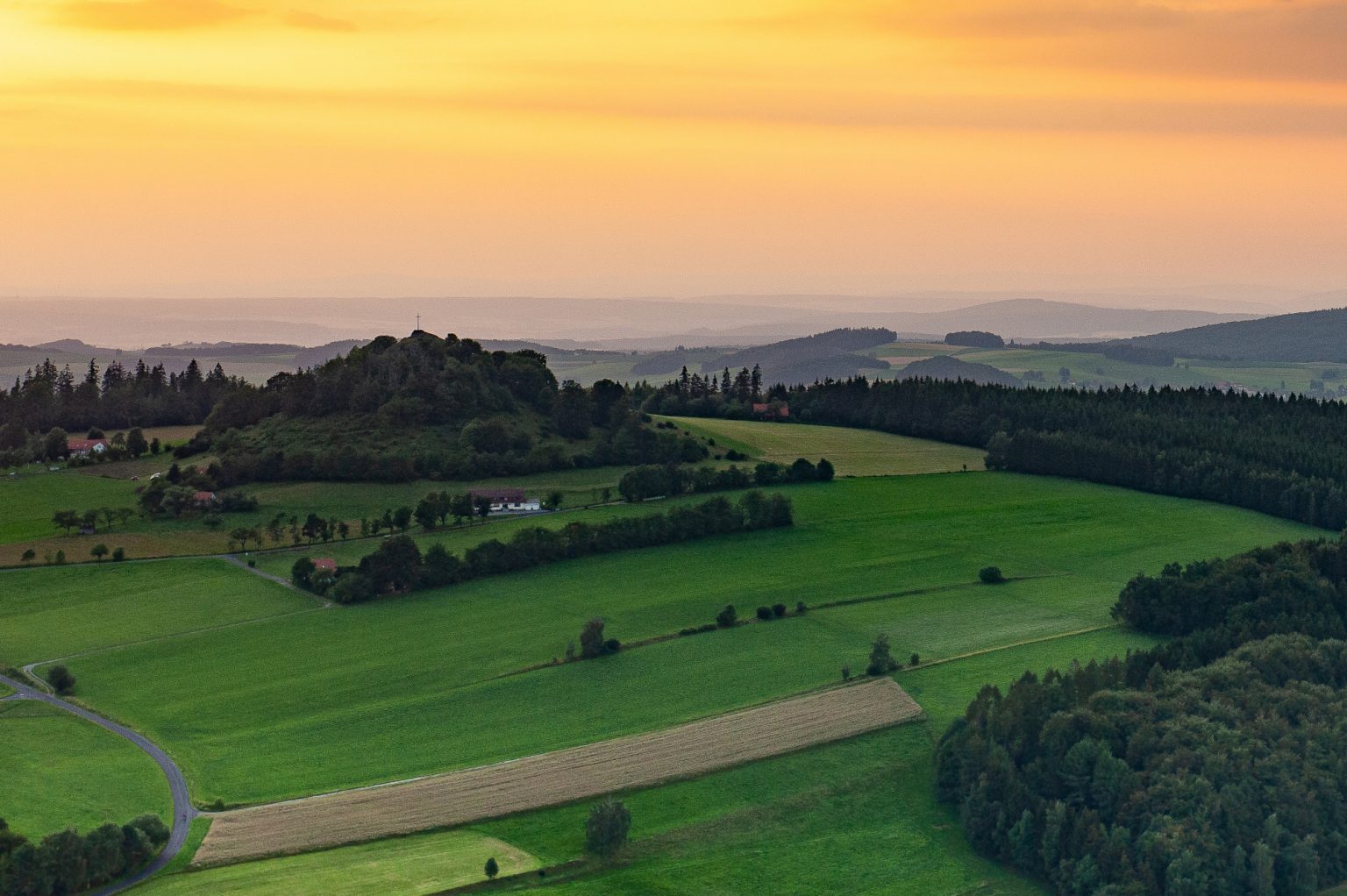 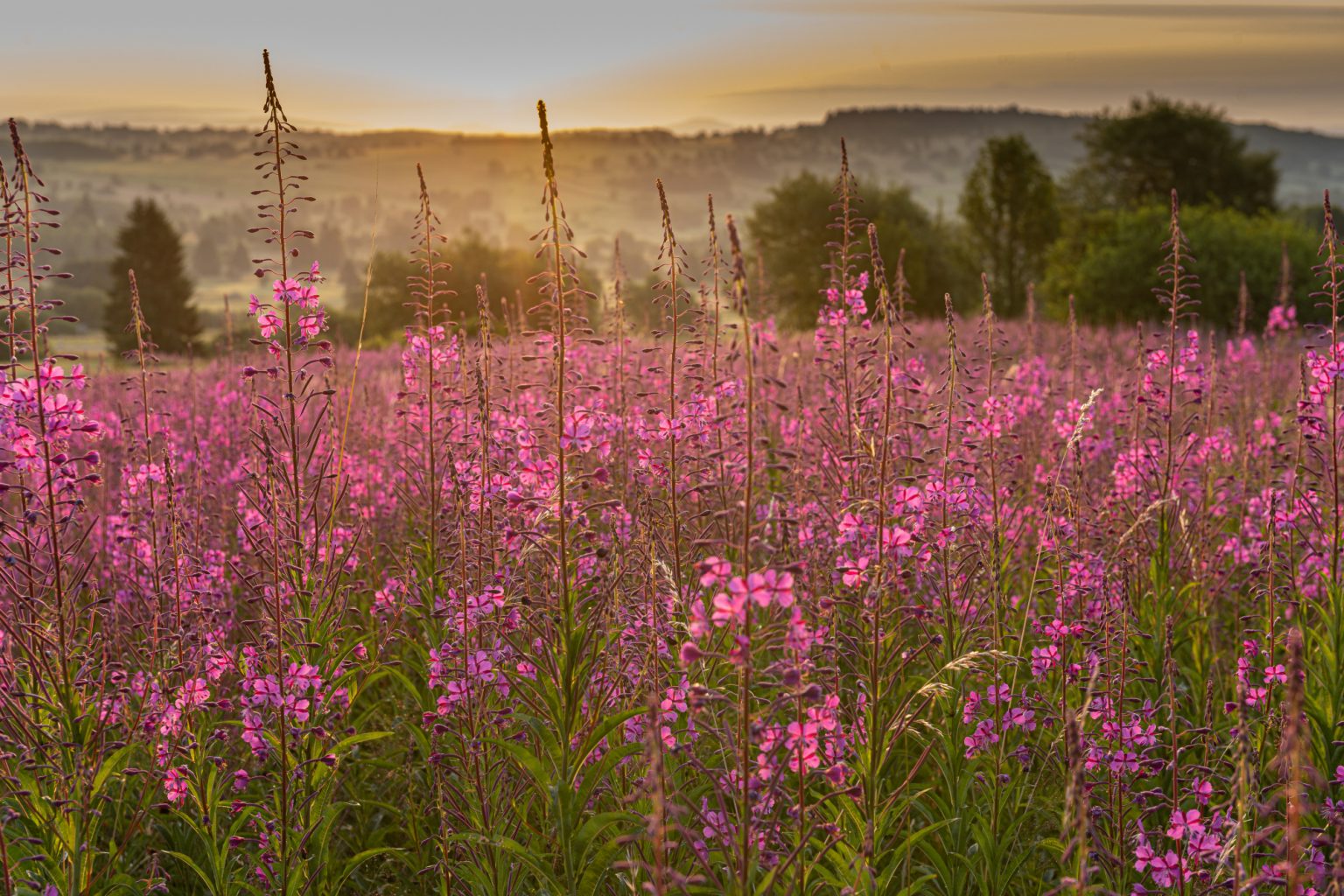 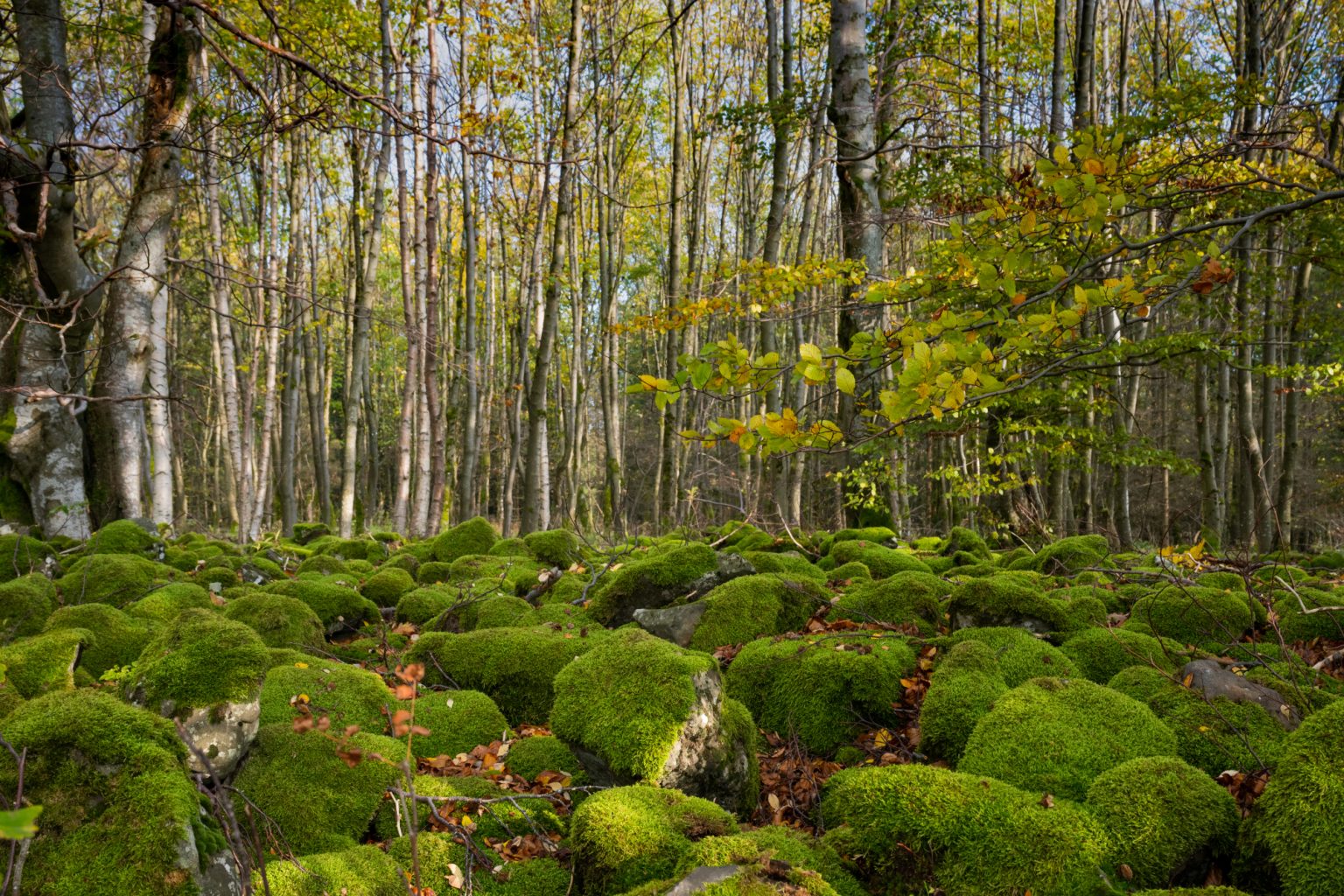 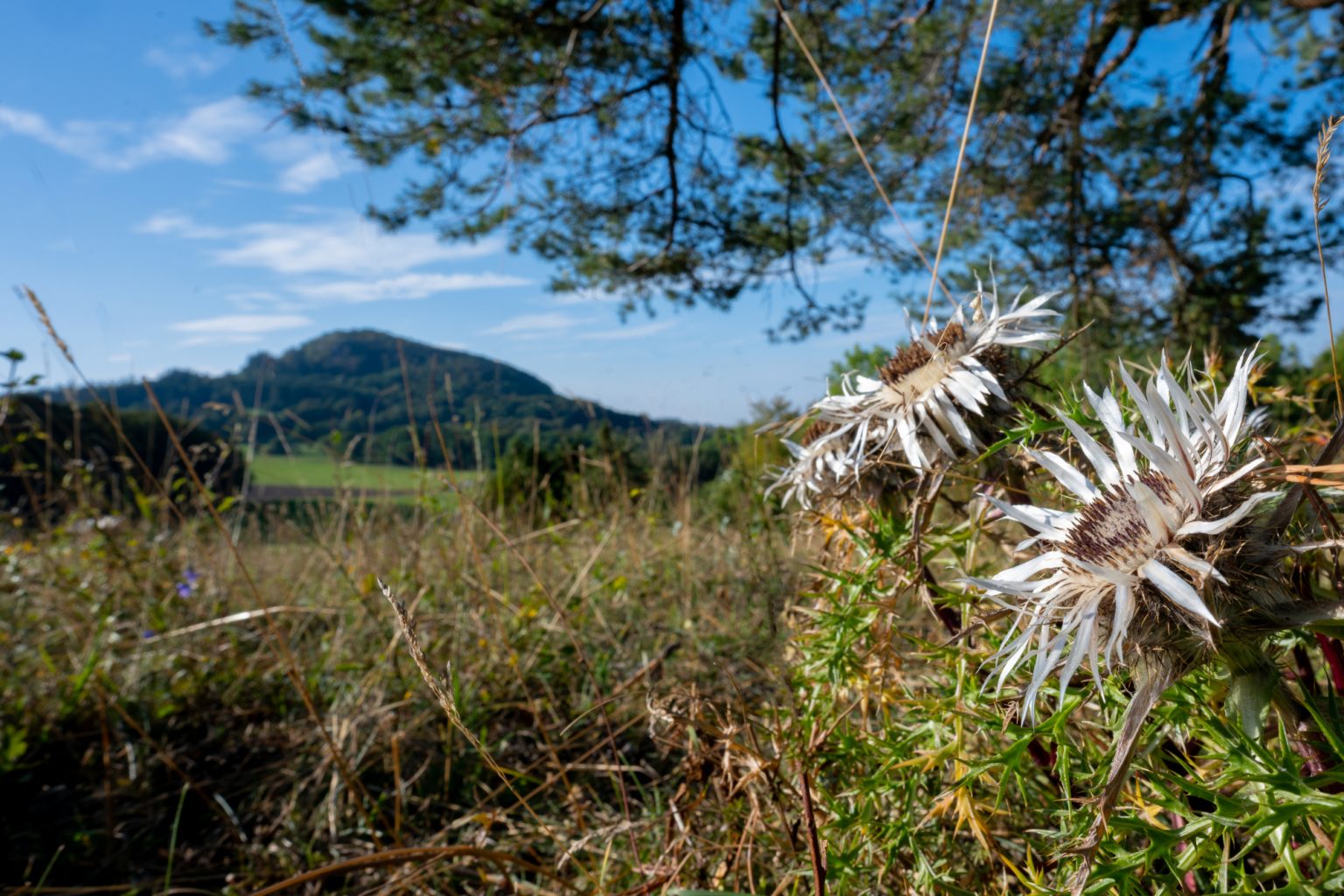 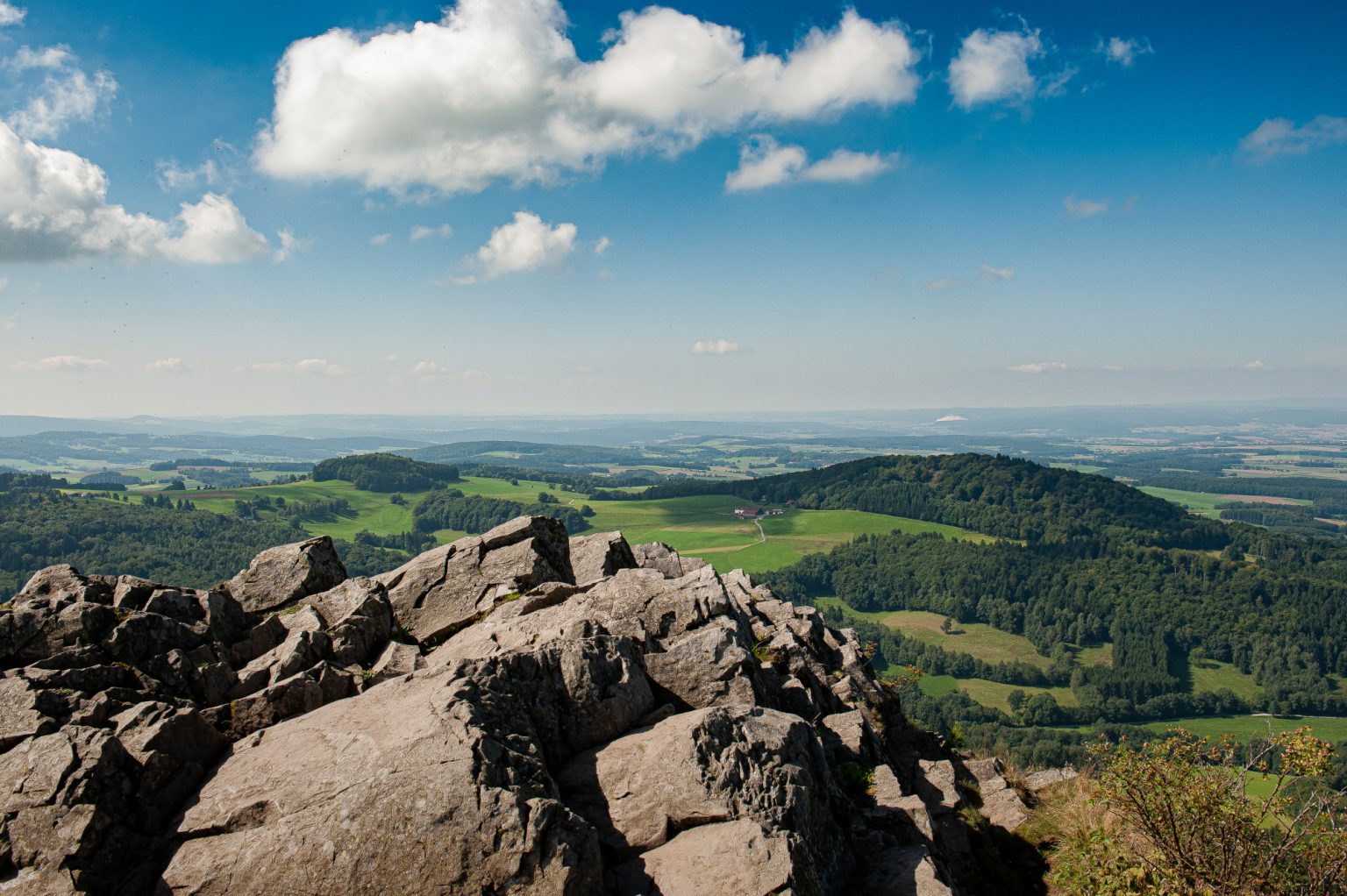 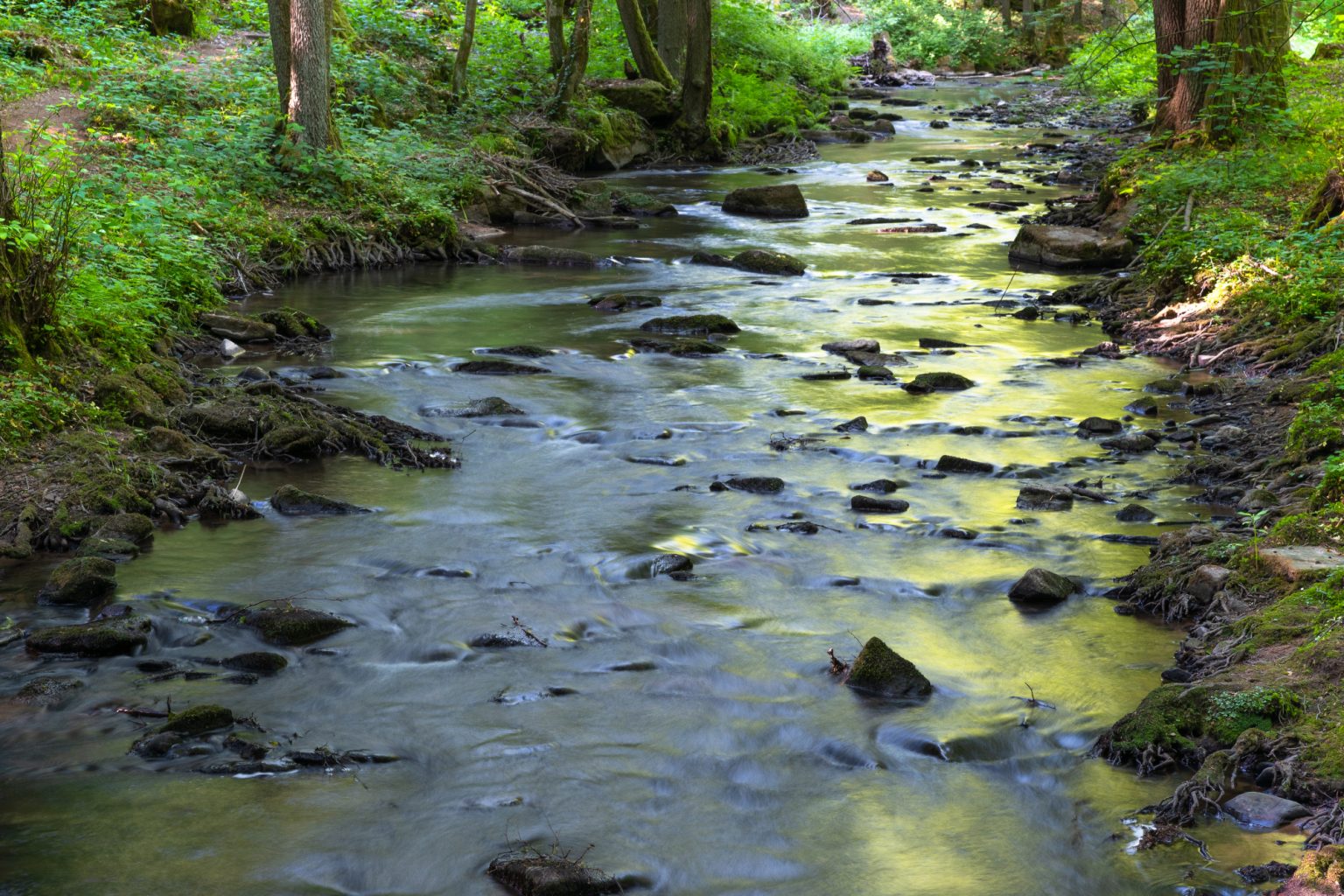 A paradise for hikers

Thus, the Rhön is a paradise for hikers who seek unobstructed views into the distance on their tours. Starting points are the area on the Long Rhön between the Red and Black Moors, around the Wasserkuppe and the Pferdskopf, the Milseburg and in the “Black Mountains”. According to tourism experts, the network of marked hiking trails covers about 6000 kilometers.

The “Hochrhöner” is a long-distance hiking trail that runs almost 140 kilometers from Bad Kissingen to Bad Salzungen. Those who like it shorter can opt for one of the 30 different “extra tours” in the vicinity of the “Hochrhöner”. These are circular hiking trails with a length of mostly 10 to 20 kilometers – with start and finish at a hiking parking lot in each way.

Bicyclists are drawn to the 27-kilometer Milseburgradweg, which follows the former railroad line from Petersberg to Hilders through the 1172-meter-long Milseburg Tunnel. The cycle path is part of the Hessian long-distance cycle route R3 from Rüdesheim and Frankfurt to Tann. Riders on motorcycles enjoy the winding roads of the Hochrhön. Skiers from the Rhine-Main area used to come by special train in winter. Until 1987, there was the “Rhönblitz” directly from Frankfurt to Gersfeld on snowy weekends. Today, winter sports enthusiasts are dependent on their cars.

Cradle of gliding and emergency accommodation for Nefertiti

If you want to fly high in the Rhön, you have to go to the Wasserkuppe at an altitude of 950 meters. In 1910, students from Darmstadt began to do flight experiments with gliders. The symbolic aviation monument with the eagle on top reminds us of the beginnings of gliding. Sometimes you can even observe the take-off of an old-timer among the gliders. Those who do not fly themselves can view the Rhön from above as a guest in a glider or motorized plane.

Those who want to go deep down should embark on an exciting journey 800 meters below ground in the Merkers Adventure Mine. In the former potash mine, Nefertiti already spent the night in the midst of gold ingots, as values of the Reichsbank and art treasures from Berlin were stored there during World War II. A crystal grotto, discovered by chance in 1980, is a unique natural wonder with salt crystals one meter long.

If you want to experience the flair of a spa town, you should visit Bad Kissingen. The spa town – of international importance in the late 19th and early 20th centuries – with its historic spa district has been a UNESCO World Heritage Site as a “Great Spa of Europe” since the end of July 2021. 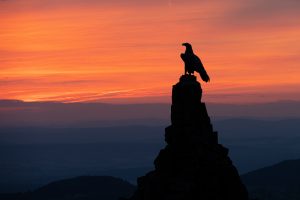 The eagle on the top of the aviation monument at Wasserkuppe 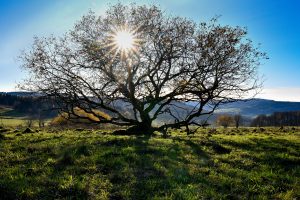 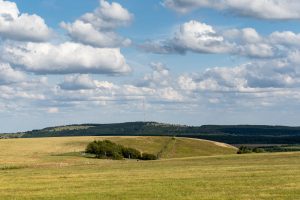 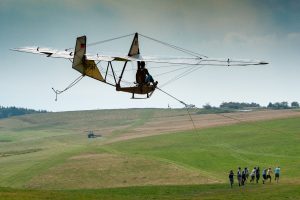 At the center of the Cold War

The Rhön has been settled since Celtic times and is the crossroads of trade routes between East and West. Napoleon passed through the Rhön with his troops on his way to Russia. Centuries of rivalries between secular and ecclesiastical rulers still have an effect today: The Rhön is divided among three federal states – Hesse, Bavaria and Thuringia.

Until 1989, the Rhön was therefore at the centre of the Cold War. The zone border stretched 250 kilometers through the mountains. Even today, old watchtowers and border fences still stand in many places along today’s “Green Belt”. At Point Alpha between Rasdorf and Geisa, US soldiers and GDR border guards stood eye to eye. The memorial site with museum and U.S. barracks is so important that statesmen George H.W. Bush, Mikhail Gorbachev and Helmut Kohl came to the Rhön in person to receive the first Point Alpha award in June 2005.

At night in the Rhön

If you stay till the evening, you should dare to look at the planets and the Milky Way when the sky is clear. As an area with a natural night landscape worthy of protection, the International Dark Sky Association has recognized the Rhön as an International Star Park.

More information and related links to the Rhön here.