The Presidium of Frankfurt Main Finance has elected Gerhard Wiesheu as President of the Financial Centre Initiative for another two years. The re-election of Wiesheu, who first assumed the presidency in 2020, was unanimous. 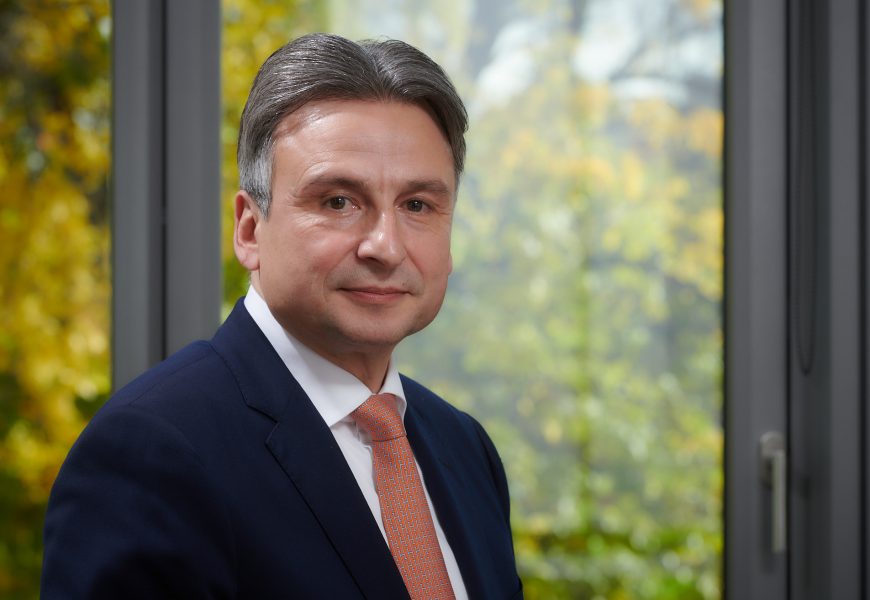 In spring 2022, Wiesheu was awarded the Cross of Merit 1st Class of the Order of Merit of the Federal Republic of Germany. He received the award, among other things, for his success in strengthening German-Japanese economic relations and for his role as an ambassador for the Asian community in Wirtschaftsförderung Frankfurt (Frankfurt Economic Development GmbH). Frankfurt Main Finance was also able to benefit from his social, cultural and economic commitment. Under his leadership, the Financial Centre Initiative succeeded in further expanding the Financial Centre Frankfurt despite the multitude of current challenges. Since he took office, eleven new members have joined the initiative. During his term of office, Frankfurt also successfully applied for the seat of the Executive Board and the Chair of the International Sustainability Standards Board (ISSB). The financial metropolis on the Main will thus act as a hub for Europe, the Middle East and Africa (EMEA) and take on central functions for the ISSB as a whole, such as hosting board meetings.

Gerhard Wiesheu has been working for Bankhaus Metzler since 2001 and is a member of the Management Board of B. Metzler seel. Sohn & Co. AG. He is responsible for the Asset Management business segment and is also in charge of the North American real estate business. Furthermore, he is Chairman of the Supervisory Board of Metzler Asset Management GmbH and Metzler Pensionsfonds AG as well as a member of the Supervisory Board of Nomura Asset Management Europe KVG mbH and DWS Investment GmbH. As of 1 July 2023, Gerhard Wiesheu will become Spokesman of the Bank’s Board of Managing Directors. He has been a member of the Executive Board and Presiding Committee of Frankfurt Main Finance since 2017 and has played a key role in supporting the activities to attract Japanese financial institutions in particular. Wiesheu has been Chairman of the Board of the German-Japanese Business Circle since 2011 and has been actively engaged in business with Japan since 1987.

Hesse’s Minister President Boris Rhein congratulated Gerhard Wiesheu for his great commitment to German-Japanese economic relations and his services to the Financial Centre Frankfurt and Hesse. During his first term in office, the establishment of the headquarters of the ISSB in Frankfurt in particular was a great success, said the Minister President and added: “With the confirmation of Gerhard Wiesheu for another term as President of the Financial Centre Initiative, the Executive Committee has made a good decision.”

Tarek Al-Wazir, Minister of Economic Affairs, Energy, Transport and Housing as well as Deputy Minister-President of the State of Hesse, says: “As President of Frankfurt Main Finance, Gerhard Wiesheu has managed in his first term of office to combine the forces of the players in the Financial Centre, to market the location well and to promote dialogue on current financial topics – despite the Corona pandemic and its consequences. The successful application for the seat and the office of the Chair of the new International Sustainability Standards Board (ISBB), which is to set global minimum standards in the area of financial sustainability reporting in the future, is only one proof of his successful work. His re-election is therefore not only a strong signal for the Financial Centre Frankfurt, but also for important future topics such as Sustainable Finance.”

Stephanie Wüst, Head of the Economic Department of the City of Frankfurt am Main, says: “The financial sector is of considerable importance to Frankfurt and essential for the city. I am therefore pleased that Frankfurt Main Finance, as the voice of the financial centre, will continue to be under the proven leadership of Gerhard Wiesheu. The establishment of the ISSB was a great success. Now Frankfurt’s application to become the headquarters of the European Anti-Money Laundering Authority (AMLA) is on the agenda, and we must continue to increase the attractiveness of the Financial Centre Frankfurt for financial market participants in the post-Brexit process. In the person of Gerhard Wiesheu, cosmopolitanism and down-to-earthness are combined in the best possible way. In my opinion, it would be difficult to find a better ambassador for Frankfurt Main Finance. Congratulations on your re-election!”

Gerhard Wiesheu, President of Frankfurt Main Finance, says: “The past two years have not been easy – not for many people, not even for the financial industry and its players. In the midst of a pandemic, various geopolitical conflicts, the still ongoing consequences of Brexit, global supply chain difficulties and record inflation rates, the Financial Centre Frankfurt was also faced with challenges. In times like these, a strong community like the one we have created with Frankfurt Main Finance is indispensable. I am therefore very pleased that the Presidium has once again placed its trust in me as President. In this role, I would like to further expand our network and promote international cooperation between the financial centres.“

This is an automated translation of the German press release. 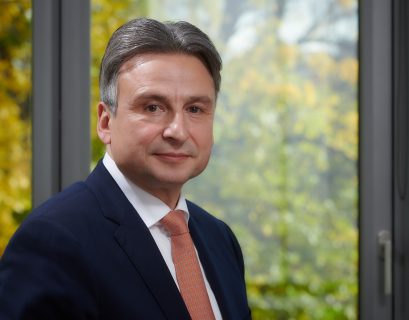 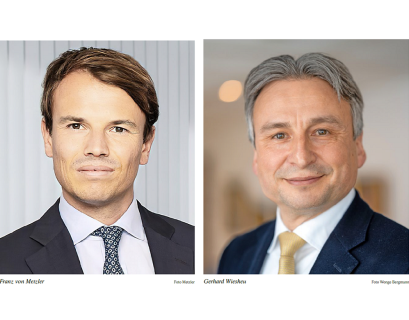 Metzler’s first Spokesman of the Board of Directors

Emmerich Müller represented Bankhaus Metzler informally to the public for many years. According to information received by the F.A.Z., he will be followed by Gerhard Wiesheu, another non-family representative – but this time with special insignia. And Wiesheu’s successor is also as good as decided and is now moving up to the board of directors.