Radically different and often jarring are the approximately 60 reconstructions of Greek and Roman sculptures that currently shine in coloured splendour in the Liebieghaus in Frankfurt. 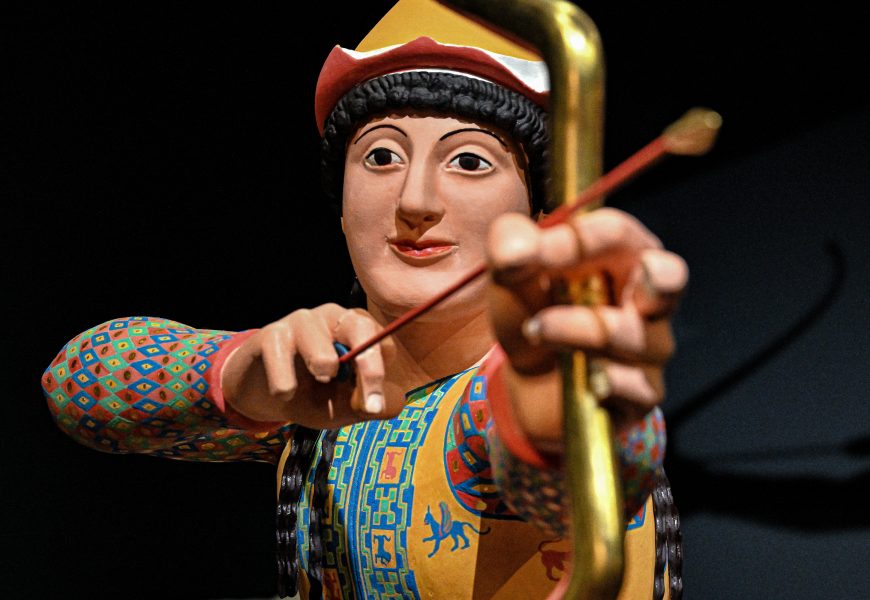 Sculptures of pure marble white or unadulterated bronze are not to be found here. The exhibition “Coloured Gods”, which has already been visited by three million people worldwide, will continue to offer unusual perspectives in the Liebieghaus on the banks of the Museumsufer until 26 September 2021. Wolfgang Gerhardt visited for us.

The desire for colour in antiquity

The idea that the sculptures of European antiquity were colourless – in contrast to ancient Egyptian works of art, for example – is based on ignorance and half-knowledge from the Renaissance period, but also on the ideal of pure form, which was particularly widespread in the 20th century. For the exhibition, copies were made of works of art in which colour remains had been particularly well preserved over the centuries, and then the colourfulness was reconstructed.

The results are astonishing: the body of an oriental archer, the so-called Paris, from the gable of a temple on the island of Aegina, was originally painted with animal depictions and complex decorations in yellow, green, red and blue; interestingly, similar costumes have also been found in textile remnants discovered in the Altai mount 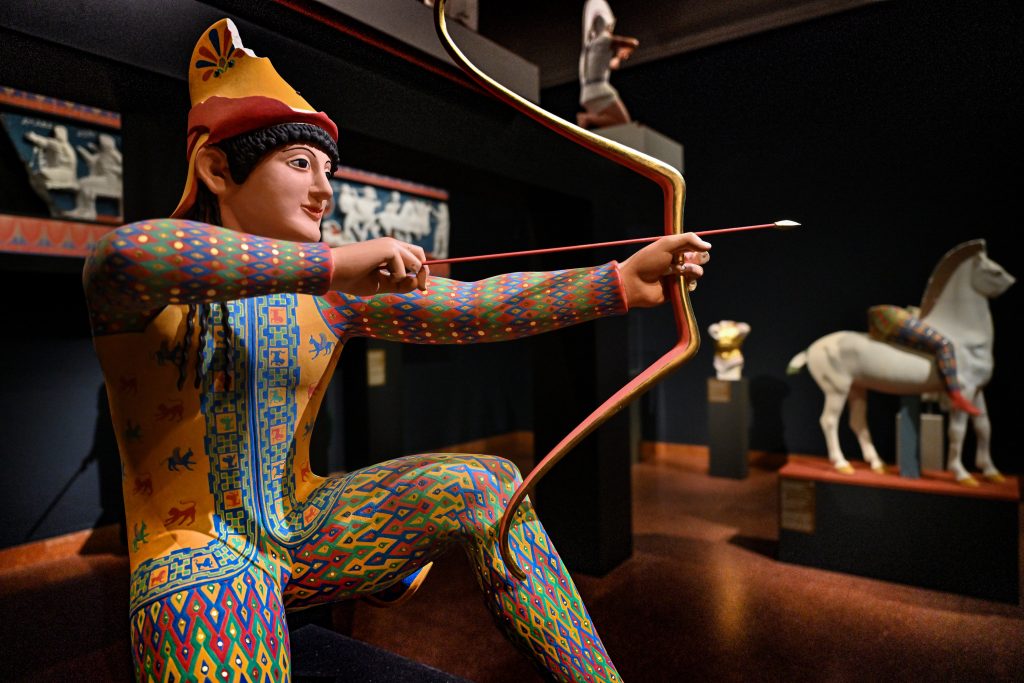 Statues of goddesses, women and girls wear long, colourful robes and are decorated with crowns of feathers or lotus blossoms. Garments and jewellery were intended to enhance the aesthetics and liveliness of the sculpture, but also to provide information about the identity of the person portrayed. A bust of Emperor Caligula shows the possibilities and limits of experimental colour reconstructions. Remnants of colour can still be seen at the temples of the head of the original, and were used as the basis from which three possible design variants were developed.

Unexpected and unique is the closeness to life that distinguishes two bronze groups – on the one hand, the two famous statues from the sea near Riace, on the other bronze statues from the Qurinal in Rome. Asphalt varnish with red pigment was applied to the bronzes; the fighters now look as if they had sun-tanned skin. The eyes were filled in with precious stones, the nipples and lips with copper, the teeth with silver plate; helmets, fox skins and weapons were added. The wounds in the faces, which can already be found on the originals, were recreated as realistically as possible.

As early as the 18th and 19th centuries, archaeologists, art historians and architects who had seen traces of colour on marble finds, for example in Pompeii, had already begun to consider the phenomenon of the colourfulness of antiquity. At the beginning of the 20th century, this knowledge was largely suppressed. However, almost 40 years ago, an international team under the leadership of Professor Vinzenz Brinkmann, director of the Collection of Classical Antiquities in Frankfurt’s Liebieghaus since 2007 and curator of the exhibition, reassumed this earlier tradition.

The Liebieghaus in Frankfurt has thus become a stage for international research. “Statue polychromy” is the technical term for the research, which is supported by numerous universities and museums. The Italian Republic and the German Federal Ministry of Education and Research have also provided funding. In addition to the ancient written sources, modern scientific methods, with which colour and pigment residues can be analysed in detail, have been extensively applied. 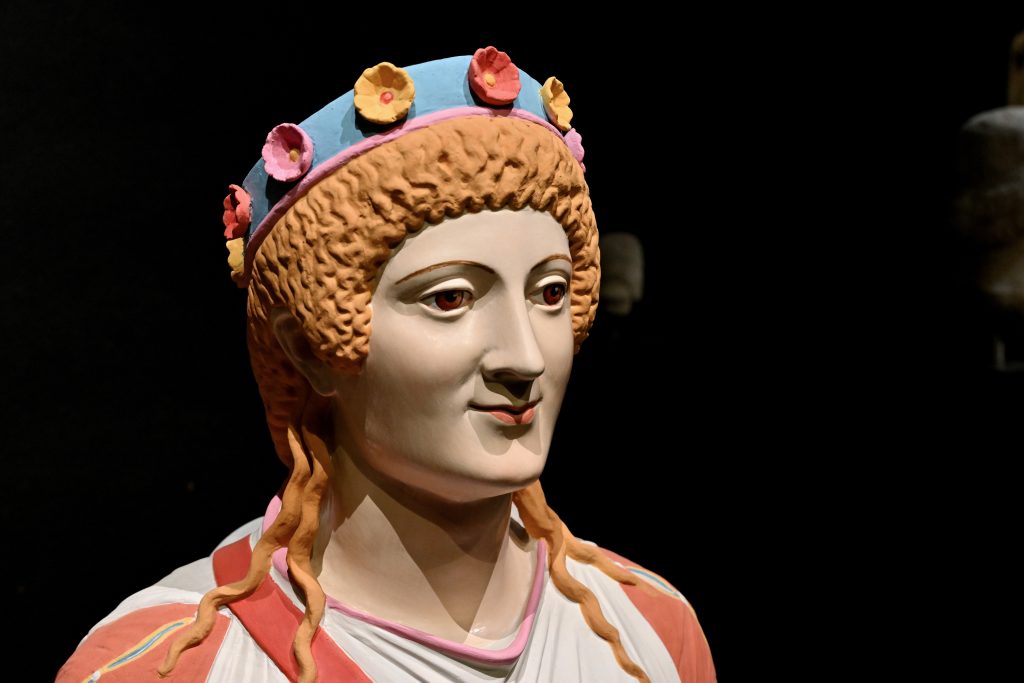 The exhibition was conceived in 2003 and was first shown in Frankfurt in 2008. In 30 cities around the globe – from Athens to Mexico, from Rome to Harvard, most recently in San Francisco – around three million visitors have seen the show. The exhibition is continually being expanded to include new research results – the current show introduces the aspect of gilding, which is why the “Coloured Gods” now appear in Frankfurt as the “Golden Edition”.

Originally, the exhibition at the Skulpturensammlung on Schaumainkai, directly on the southern bank of the Main, was to end in August. It was extended until 26 September 2021 due to the coronavirus.