Former Londoner has 100 reasons to love the Financial Centre Frankfurt 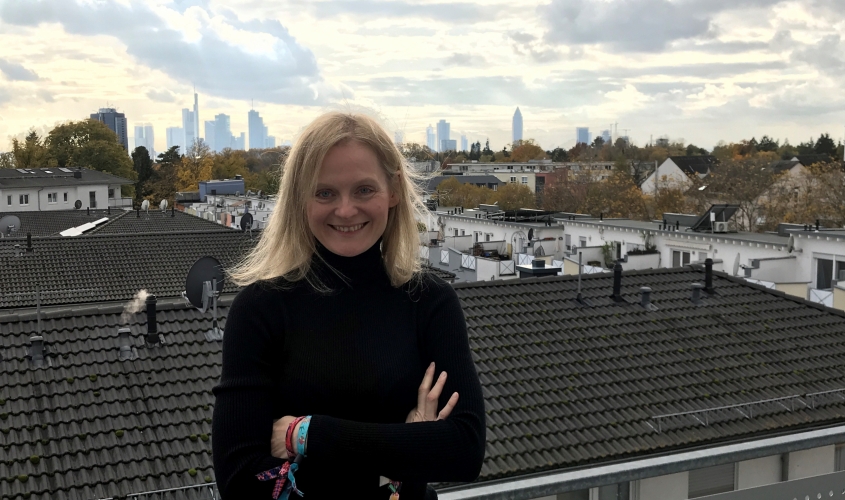 Why love living in the Financial Centre Frankfurt? Louise Sagar, former Londoner living in Frankfurt, gives plenty of reasons in her Twitter campaign #100ReasonsILoveFrankfurt. In our interview, she explains what brought her to Frankfurt and why she enjoys life in the city so much.

When and why did you move to Frankfurt?

In 2009, I was living in Luxembourg and my work contract was coming to an end. A friend of mine told me there was a translation/editing job vacancy at the European Central Bank in Frankfurt. I did not know anything about the institution or the city, but I was open to working and living anywhere so I just applied. When I came to Frankfurt for the interview, I was feeling very carefree – without any preconceptions about Frankfurt or the job. I vividly remember walking across one of the bridges over the Main after the interview, looking at the skyline and thinking: this feels right! I want to work and live here. The job sounded great and I had an immediate connection with the city. Sometimes life takes you right where you should be. I got the job and that is when my life changed forever. I built my kind of life here.

What was your first impression as a Londoner living in the Financial Centre Frankfurt?

I was blown away by how easy everything was. The main thing I recall was how amazed I was that I could walk to work down beautiful, traffic-light streets and along the river – and I could get a cab home from the city centre to my flat for only 7 euros!!! In London, cabs home cost a fortune and nights out were often cut short by getting the last tube home. Moreover, I loved the feel of Frankfurt. It is a city but it is not hectic or oppressive. I would stroll around leafy Sachsenhausen (where I lived then – I’m now a Nordend girl) at the weekend and have a serene feeling. I was in love with the skyline. During the winter of my first year in the city, it snowed a lot and Frankfurt was sparkling. I remember coming out of a club at 4 am or 5 am one weekend morning and discovering a winter wonderland – it had snowed heavily while we were dancing underground. We walked through the snow to the train station Suedbahnhof where we passed a bakery smelling of fresh croissants, and we ate them warm. It seems to me that we have more defined seasons in Frankfurt than in London. Colder in the winter and hotter in the summer. I like that.

What baffled you about the Financial Centre Frankfurt?

I thought it was strange that there is table service in the pubs. In the UK, we all crowd around the bar while here in Frankfurt we sit at tables and wait to be served. I still find this a bit strange actually! It is a more sedate approach to a night out. However, now when I go home to the UK, I find having to wait at the bar for a drink a bit frustrating. It is a bit more sociable though: I think single people are more likely to meet someone stood at the bar. I also felt that I was the loudest person in Frankfurt: when I laughed in a café or restaurant people would turn and look! This still happens ? Furthermore, it took me a long time to get used to shops being closed on Sundays… but this is something I now hugely appreciate because of that quiet Sunday feeling.

Obviously, we are a fan of your Twitter series #100ReasonsILoveFrankfurt. What made you start?

At the time there were several articles in the British press saying things like “oh no, after Brexit we will all have to go and live in boring Frankfurt”. This annoyed me as I thought it is such an uninformed viewpoint. I felt fiercely defensive of my city – I wanted to broadcast to the world how I felt about Frankfurt as an expat living here. All of this was going through my mind and then journalist Tom Barfield (AFP news agency) tweeted a picture of Berger Strasse Fest against a bright blue sky. He wrote “another horrible day in Frankfurt”. This encapsulated everything I felt. I loved it and it was the catalyst for me to start my 100 Reasons.

We know you have #100ReasonsYouLoveFrankfurt, but what are your top three reasons?

This is a really hard question… Number one is easy though: My absolute favourite thing about Frankfurt is the outdoor pools in summer. As a swimmer, I am never as happy as when I am swimming outdoors at my nearest pool Brentanobad and relaxing on the lawn afterwards. I also love that nearly every weekend in the summer there is a street festival to go to. In comparison with the effort I used to make to attend an event in London, in Frankfurt I just walk down the road to a street fest – and when I am ready to leave I walk home. For me that is really important. Some will prefer the bigger choice and bright lights of the big city, but for me this is better. I think the thing I love the most is simply the feeling of my life here. It is hard to describe. It is the buildings in various architectural styles and the parks, walking everywhere – it’s the quality of life. I feel safe too. I love Frankfurt in every season. Right now, winter in our city is giving me so much joy.

Anything you want to add?

I now feel like I do not completely belong in the UK anymore which is a really strange feeling. I miss my family, the British sense of humour and the fact that people in Britain talk to each other in the street and in shops. However, my life is abroad. I am used to an international life. It is also quite easy to visit my family from here, given that Frankfurt airport is so easy to get to from town and the many flight options. When I arrive back in Frankfurt after going away, I love seeing the skyline and feel I am home. If I ever live anywhere else, which is entirely possible as I would like to live in different places in my life, the next city will have a lot to live up to. 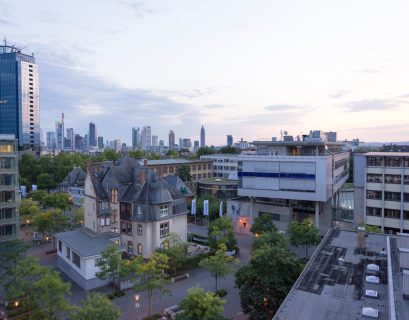 Frankfurt University of Applied Sciences has filled the first of four professorships for sustainability as part of its sustainability strategy adopted in 2021. 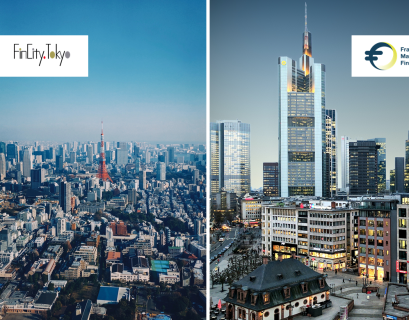 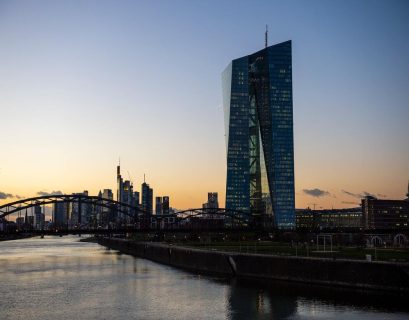 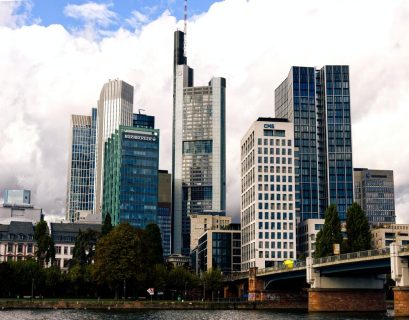